Ad Grants Certified Professionals  |  Tips & Techniques  |  Myths debunked
You are here: Home / Ad Grants Training Videos / How to switch your nonprofit’s Google Ads on and off depending on the weather.

I’ve started a YouTube channel, publishing bite sized, practical training sessions for nonprofits using either an Ad Grant or paid Google Ads accounts: there will be some beginner level tips, as well as advanced techniques and discussion of strategy. Please watch and subscribe.

In the first video, I demonstrate how you can switch your ads on and off depending on the weather. This is a technique that businesses use, to advertise snug overcoats only when it’s cold outside, and sell you umbrellas only when it’s raining. But why might a charity want to do this?

The Salvation Army ran Google Ads over winter, asking people to donate to help the homeless.

This was in a paid account, but I should point out that this exact same technique would work in an Ad Grants account too. The difference is, in a paid account they are spending their own money, and they want to be doubly sure they’ll get a good return on their investment.

The reasoning was that people are much more likely to be concerned with the plight of homeless people when it’s freezing outside. The worse the weather, the higher the conversion rate is likely to be. So we ran ads that switched on when it was very cold, and switched back off when the temperature rose.

What were the results? Not bad. We achieved a decent return on actual spend, spending £1 to get £5 revenue in donations.

Weather forecasts are tied to geographical areas. In Google Ads, you can only geo-target locations at the campaign level. So when it’s cold in Manchester we could switch a campaign that’s geo-targeted at Manchester, on or off, or alter the wording of its ads.

To do that, you need a Script, a piece of code that enables you to automate tasks. Scripts can get really complex, especially if you’re not a coder. But I found the weather script published on the Google Developers site easy to work with, even with my very limited coding skills.

The script connects to current weather data published by the Open Weather website. This is open data, freely made available for anyone to tap into.

The script can find out the current, or forecast temperature in a particular city, or whether it’s snowing or raining, and switch ad campaigns on or off accordingly.

How we implemented the Open Weather script

For The Salvation Army, we created 12 near identical cold weather campaigns. Each campaign geo-targeted one of the 12 regions of the United Kingdom. That’s a very useful geo-targeting option in Google Ads.

I created a script, got it working as intended, then duplicated it, so we had 12 scripts, one for each campaign, with each script looking up the current temperature for the major city in each region. Below 3° centigrade, campaigns switched on; above 3° they switched off again. The script ran hourly, putting donation asks in front of people when the weather was at its worst.

Over several weeks, the individual campaigns switched themselves on and off, as they were needed… and as hoped, donations came in on the coldest days.

There is a lot of open data available these days. A lot is available from government sources, just check out data.gov.uk if you’re in the UK, or data.gov if you’re in the US. Much of it has a geographical focus. Think about how your nonprofit could leverage that data to automate your advertising, changing the wording of ads, or switching ads on or off depending on a local need. I’d be very interested to hear in the comments if anyone’s done that.

Next video: How to use the Search Terms Report and Negative Keywords in Google Ads/ 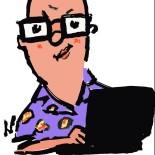 Jason is a Google Ad Grants Certified Professional, and a Google Partner. He's worked in the charity sector for over 20 years, running IT projects, supporting staff and volunteers to use technology, and helping plan, build and promote non-profits' websites.

Jason lives in Mirepoix, France and his clients are from the UK, USA and Australia. He's a co-organiser for NTEN’s WordPress Community forum for non-profits.

This site uses Akismet to reduce spam. Learn how your comment data is processed.

Thank you to @GooglePEProgram for the Dublin gathering of Google Ads Product Experts. It was a very useful weekend of networking and learning. That's me in the photo wearing the green Ad Grants t-shirt. https://t.co/aVSY6vEoKA